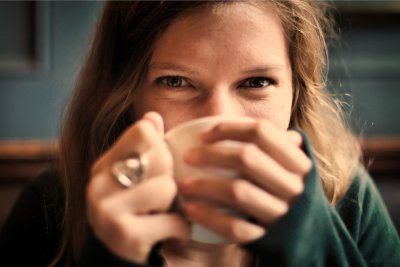 It is natural for people to have optimism at the start of the year, as there is often a chance for a fresh start. This isn’t necessarily the case in the property market, but given the events of December 2019, it is easy to see why there is slight optimism in the market. No matter your political persuasion, the sizable majority held by the Conservative Government should be enough to deliver political stability to the marketplace.

The most recent RICS Residential Market survey, indicates both buyer and vendor sentiment has improved significantly since the General Election. Expectations from surveyors suggest there will be an increase in the number of homes sold in the opening quarter of 2020, and throughout the entire year.

Optimism is high in the property market

Simon Rubinsohn is the RICS Chief Economist, and he said; “The signals from the latest RICS survey provides further evidence that the housing market is seeing some benefit from the greater clarity provided by the decisive election outcome. Whether the improvement in sentiment can be sustained remains to be seen given that there is so much work to be done over the course of this year in determining the nature of the eventual Brexit deal.”

However, while there is cause for optimism, it is not as though political uncertainty is the only factor which causes problems in the housing market. One of the biggest issues has been a lack of supply to the market, and this isn’t going to resolve itself overnight.

Simon Rubinsohn also said; “The ongoing lack of stock on the market remains a potential drag on a meaningful uplift in activity although the very modest increase in new instructions in December is an early hopeful sign. Given that affordability remains a key issue in many parts of the country, the shift in the mood-music on prices is a concern with even London expectations pointing to a reversal of course both over the coming months and looking further out.”

Jeremy Leaf is the former RICS residential chairman, and he also spoke about the subject, saying; “While these are only one month’s figures so it is important not to get carried away, they do reflect quite a big turnaround from the rather negative noises we have been hearing from RICS for most of the last year. It also confirms what we are seeing on the ground - that the election and prospect of some additional clarity over Brexit is improving confidence and helping to release some of the inevitable pent-up demand.”

When we have a clearer idea of what Brexit will entail, and we see the measures introduced in the March Budget, it will be easier to make predictions regarding the property market in 2020. However, there is no denying more people, including industry analysts, are feeling more confident about the state of the property market.

If you plan on selling your home this year, we can help. We are happy to arrange a property valuation for you, and we can take you from start to end with the sales process. No matter what you want to achieve in the property market this year, please contact Coakley & Theaker, and we will be happy to help.